(Pocket-lint) – Knolling is a wonderfully satisfying photography technique that involves lining things up to create the perfect image.

This style of photography involves arranging similar objects in a parallel manner or at 90-degrees in an organised way.

The result is often incredibly satisfying and somewhat beautiful. It’s become quite a trend in recent years, so we’ve collected some of our favourites for you to enjoy.

We love this simple view of an old-school bicycle blown apart and spread out in a joyful knolling.

The tools used are also included in the image and make for a really nice addition with spanners getting smaller and smaller in the most satisfying way.

Like one of those many images you’ve probably already seen online asking how you like your food cooked, this knolling features toast of varying brownness.

We’re fairly sure the house would have burnt down by the time the last one was made.

A very modern knolling view of things most of us have in our pockets or about our person.

When reviewing the Roborock H7 vacuum cleaner, Pocket-lint’s former associate editor Dan Grabham created this fantastic image using all the included parts of the vacuum. Neatly aligned for us all to enjoy.

This image shows the everyday essentials of Jae S. Min, a designer from the Volkswagen Group of America.

This photo was a selection of all the things he used for his day job back in 2013. Tablets, notebooks and even some caffeine, all these things helped this designer get through his day.

You may well have seen this image before, but it’s no less awesome no matter how many times you see it. At least in our mind anyway.

All the parts of the VW Golf were removed and displayed in a fantastic knolling fashion.

In 2012, American watch and accessories brand Nixon released a collection of white products including a watch, headphones, iPhone case and more.

This image shows the range alongside a mixer and Technics turntable. Fantastic knolling for a product launch in our opinion.

The resulting image is brilliantly satisfying and shows a cracking view of all the tiny parts of this old fashioned machine.

What better tribute to the history of gaming than this photo of various awesome but now archaic consoles. Brilliantly presented and wonderfully arranged by Jim Golden.

Rocco is a content creator for gaming gear brand Razer and Redbull gaming.

As you’d expect, he’s got some pretty awesome gear to carry out both his job and his hobbies. Phones, drones, camera gear and a multitude of lenses make for an excellent knolling it seems.

This view of a deconstructed manual lawn mower, for example, is not something you’re likely to see in day-to-day life. Yet it’s brilliantly satisfying to look at.

This brilliant image is a series of photos of various different gaming controllers dissected and neatly displayed by Ballen Photography.

“Deconstructed is a series of dissected controllers collected from the gamers who owned them. Each controller was used and often played until it was no longer operable. Some have been physically altered, and others were damaged in attempts to fix them. This is their autopsy, a chance to compare our growth and commitment to the tools we use to game.”

A camera in parts

Camera enthusiasts may well have mixed feelings about this one.

This image shows an Olympus Pen-EE camera from 1962 in parts. It’s unlikely this camera will be put back together and still function, but it certainly looks great like this.

A retro Motorola V500 flip phone gets the knolling treatment. We love seeing these old devices in parts. All the little tech from generations gone by.

This amazing image of a deconstructed Swiss Army knife is part of a series by Todd McLellan for a book “Things Come Apart“.

This work includes a multitude of brilliant everyday objects broken down into all the component parts and laid out in satisfying lines for all to enjoy.

It seems even surgeons enjoy a bit of knolling. It’s perfectly understandable that they’d want to be organised when in the midst of important life-saving work.

We’re honestly not sure what’s going on with this one, but we love the combination of solar panels, tiny windmills and smatterings of tech. The bold red background for this knolling is also awesome.

This is certainly one well-used skateboard. When the owner, Deborah Gruber took the wheels off for another project, she decided to take the entire thing apart specially for this photo.

This image appeared on the web with the tagline “Adventurising Equipment.” – to us, it looks more like gear for a hipster photographer. Nice lines though.

Jim Golden and Kristin Lane put together this impressive image of a multitude of cameras with the help of 15 photographers from Portland, Oregon.

Certainly an impressive collection of cameras old and new. No doubt took ages to get them all neatly lined up too.

Another awesome view of retro technology deconstructed and presented in a brilliantly satisfying knolled format.

We love the clock numbers included in this one too. Intricate detail from wires, resistors and more are also wonderfully appealing.

One man and his tools

It’s fairly unusual to see a person included in a knolling image, but here it’s well warranted (and brilliant).

This chap certainly has a lot of photography kit and all the gear he could possibly need for the perfect image. Though we bet that kit has only grown and grown since the original photo was taken.

Sometimes the simplest views make for satisfying knollings. A warm drink, a neatly presented book, an ageing camera and some bits of nature thrown in for good measure too.

This image from Abdessalem Benyahia is a perfect example.

Photographers love showing off their camera gear. And could there possibly be a more aesthetically pleasing view of that technology? It’s unlikely.

A different sort of camera

Another camera. This time it’s an older camera, blown apart with all its internals all on display. Impressive attention to detail.

Though not necessarily knolling in the traditional sense, we do appreciate the wonderful positioning and lines of these old floppy disks.

Aesthetically pleasing images are abundant in this list. This one not only features wonderful lines but also great complementary colours that just make it pop. Sarah Arista clearly has an eye for these things.

If you need a particular tool, then having this sort of setup would certainly make it easier to find in a hurry. With the added bonus that it also happens to look really awesome.

A few years back there was a trend of people from various official bodies sharing images of knolled vehicles and the equipment they carried.

Here we see the insides of a Swiss police car and its crew knolled in a satisfying way. This is one of several awesome images like this.

If you’re impressed by knolled police cars, then you’ll be astounded by this aerial photo of a Transavia aeroplane emptied of its contents.

This happy human produced this neat photo of their gear before setting off on a trip to Antarctica. As if the trip itself wasn’t impressive enough, the neatly knolled gear is also satisfying.

The handmade tool chest of an organ and piano maker

This is the handmade chest of Henry O. Studley (1838-1925), an organ and piano maker and clearly, a man who appreciated organisation.

When this person’s Xbox Elite controller broke they decided to take it apart and show it in the satisfying way that only a knoller can.

Have you ever wished you could take your vehicle apart and see all the things that make it work? But then also be able to put it all back together again?

Knolled things are already satisfying but matching up the colours as well some how makes them even more pleasing to look at. 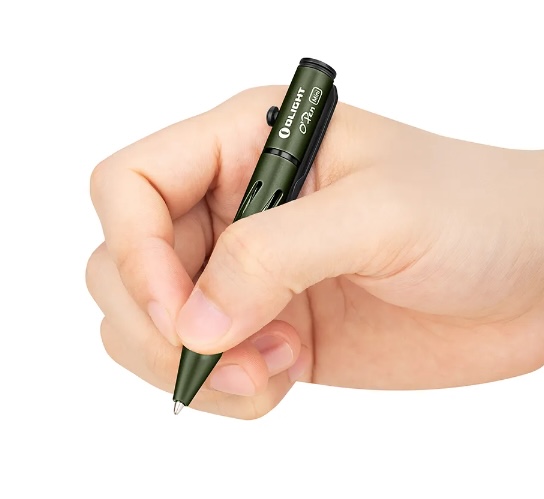 Next Story:
12 Free Ways to Read Articles Behind Paywall Without Subscription