I am making the famous Flappy bird game using python and it’s library called ‘pygame’. It is so simple to make and much addictive to play. It requires only 200 lines of codes. There is a web version of this game you can find at flappybird.io.

Flappy Bird was a mobile game developed by Vietnamese video game artist and programmer Dong Nguyen (Vietnamese: Nguyễn Hà Đông), under his game development company, Gears. The game is a side-scroller where the player controls a bird, attempting to fly between columns of green pipes without hitting them. Nguyen created the game over the period of several days, using a bird protagonist that he had designed for a cancelled game in 2012.

pygame is a Python wrapper for the SDL library, which stands for Simple DirectMedia Layer. SDL provides cross-platform access to your system’s underlying multimedia hardware components, such as sound, video, mouse, keyboard, and joystick. pygame started life as a replacement for the stalled PySDL project. The cross-platform nature of both SDL and pygame means you can write games and rich multimedia Python programs for every platform that supports them!

Install pygame using pip if you have already installed python.

Import it into your python program and intialize

We need some sprite assets to make this game. The 3 bird sprites with animated wings, the green pipes, ground, background and the restart button. You can find the assets here
download the assets and keep it in a folder named img.
So the file structure would look like this.

pygame.locals module contains various constants used by pygame. We use random for generating random pipes through the sidescroller.

Define screen height and width so we can create the window.

And finally we need a game loop to run until the player exits.

Make sure to quit pygame at the end of the code

Now run the python program from your terminal.

This will open a new blank window with the height and width we defined before. But now we cannot close the window except we interrupt the terminal. This is because we did not instruct the loop to break when the user closes the window and it will trigger the pygame.quit() at the end of the code.

We have to loop through the pygame events and check if it’s a closing event. Then make the run to false which will break the loop.

Now we will be able to close the window after running the program.

Let’s draw the background first. So import the bg sprite from the img folder and scale it according to the screen.

And inside the loop draw the bg using blit function

also add the update function at the end of the loop

Run the program now and you will see the background. 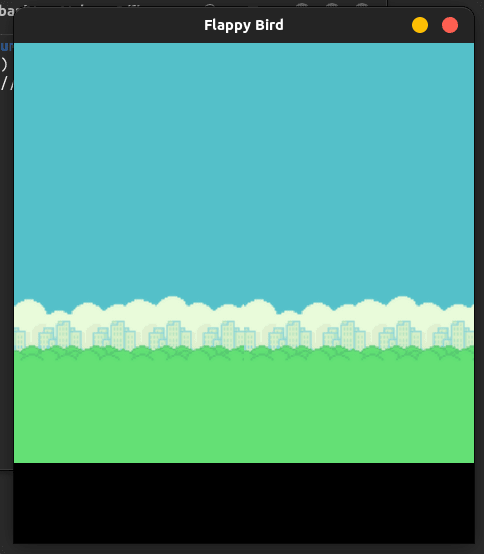 Import the ground image as we imported the background.

Also declare some variables to make the ground scroll.

And we also need to reset the ground ground_scroll to 0 after it passes 20 to get a continuous scroll.

Now the ground scrolls so fast and we have to control the fps. Otherwise fps may vary from computers to computers. So at the top, declare fps and pygame clock

Inside the loop, at the top call the tick function using fps variable.

Try the game and see the ground scrolls slowly.

See we have derived the class from pygame.sprite.Sprite. It’s a simple base class for visible game objects.
Let’s code the __init__ method.

Here we called the constructor of pygame.sprite.Sprite at first. We have 3 sprites of bird images to animate. So, we loop 3 times and store each images to the images[]. The index variable is used to get the nth images at each frame. counter is to control the animation fps. Also, we center the image to the x, y using the rect of the sprite. vel is to set the velocity of the bird when the clicked = true.

Now, we have the update method to code.

We coded the gravity functionality for the bird first. Make sure we have declared the flying variable at the top of the code.

We will add the velocity by 0.2 while the bird is flying and clamped the value to 30 because the bird don’t need to go below the ground. The vel variable will be added to rect.y which leads to bring the bird downward like it’s falling down.

Then, declare a game_over variable at the top and append this code to the update method.

Check if it’s not game over and the bird have to jump when the mouse pressed. We don’t need to get continuous clicks, so we have to check the self.clicked is false. It it’s time to jump, we set clicked to true and vel to -5 which leads the bird upwards. We set the clicked to false when the mouse is released.

Now we have to animate the bird.

We set a variable flap_cooldown to 5 and will check if the counter goes after it. Then, change the index variable and update the sprite image according to the index. Make sure that index is not greater than the length of the images. If it is, set it to 0.

At last, we will rotate the bird according to the velocity.

Now, our bird class is complete. let’s draw the bird inside the loop. But, before that, we have to create a class group of bird right above the loop.

And add a new Bird object to the group.

We do this because it’s easy to draw the sprite.Group class of pygame because it has a default draw method itself.

Jump into the loop and call the draw and update method of the bird group.

Make sure we put this code after drawing the bg and ground, because we need the bird at the top of them.

Also add this code in the for event in pygame.event.get() loop to make the flying = true.

This will trigger the bird to fly when we click the mouse button for the first time. But won’t start the game when open it.
One more update to do. we have to cover the ground_scroll update we coded before inside a condition, because we don’t have to scroll the ground if the game is not started yet.

Now everything will start moving after we click the mouse button for the first time. Try the game now.

Hope you loved this post and enjoyed making flappy together. I will get back to you soon with another post where we add more functionalities to the game. Comment your opinions and doubts. 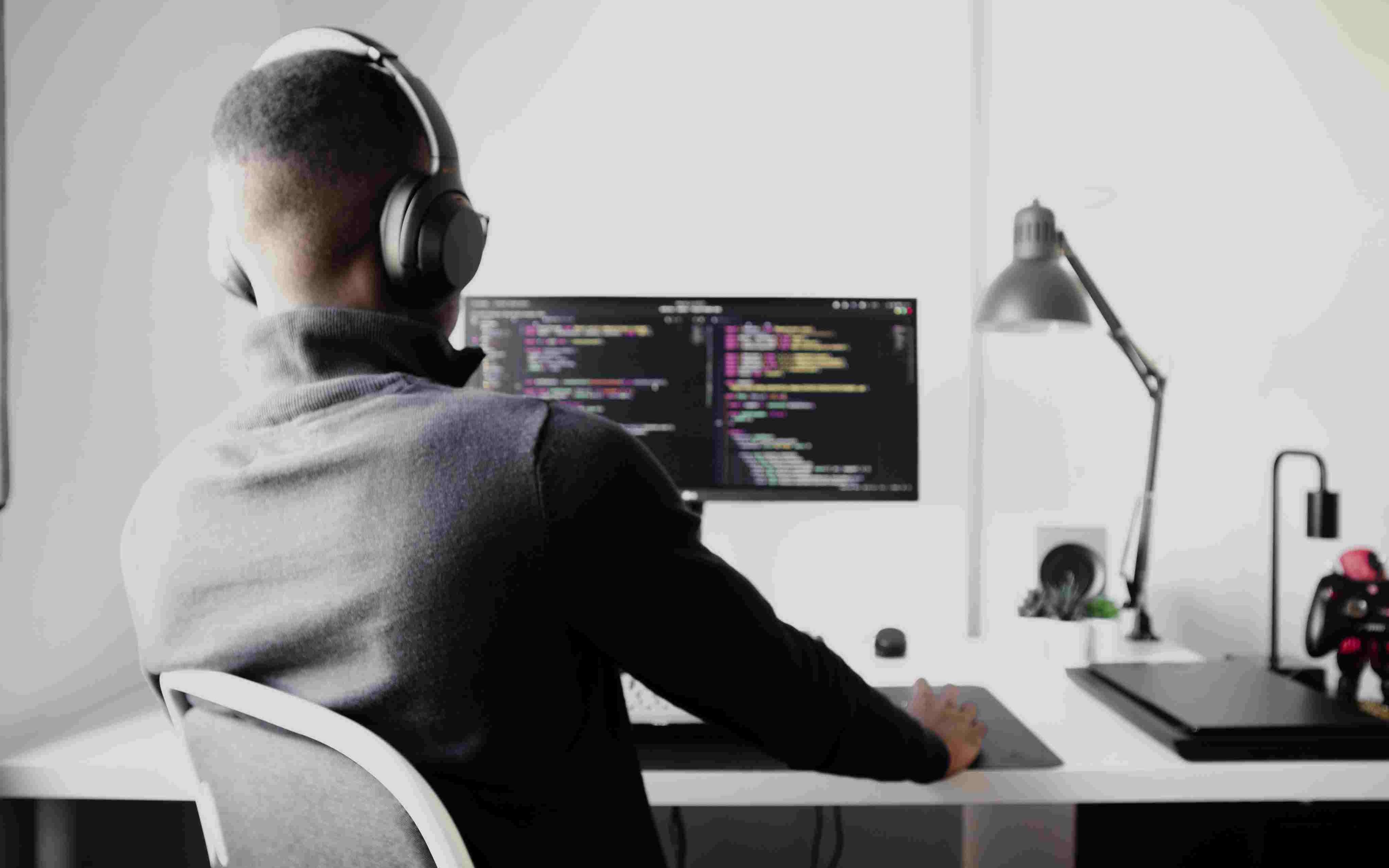 Previous Story:
What Is the Big difference Among SAST, DAST, and IAST?
Next Story:
Optimize Dockerfile images for NextJS