One overlooked aspect of optimizing page speed involves knowing a bit about browser internals. Browsers make certain optimizations to improve performance in ways that we as developers can’t—but only so long as we don’t thwart those optimizations unintentionally.

One internal browser optimization to understand is the browser preload scanner. In this post, we’ll talk a bit about how the preload scanner works—and more importantly, how you can avoid getting in its way.

Every browser has a primary HTML parser that tokenizes raw markup and processes it into an object model. This all merrily goes on until the parser pauses when it finds a blocking resource, such as a stylesheet loaded with a &LTlink> element, or script loaded with a &LTscript> element without an async or defer attribute.

In the case of CSS files, both parsing and rendering are blocked in order to prevent a flash of unstyled content (FOUC), which is when an unstyled version of a page can be seen briefly before styles are applied to it.

The browser also blocks parsing and rendering of the page when it encounters &LTscript> elements without a defer or async attribute.

The reason for this is that the browser can’t know for sure if any given script will modify the DOM while the primary HTML parser is still doing its job. This is why it’s been a common practice to load your JavaScript at the end of the document so that the effects of blocked parsing and rendering become marginal.

These are good reasons for why the browser should block both parsing and rendering. Yet, blocking either of these important steps is undesirable, as they can hold up the show by delaying the discovery of other important resources. Thankfully, browsers do their best to mitigate these problems by way of a secondary HTML parser called a preload scanner.

A preload scanner’s role is speculative, meaning that it examines raw markup in order to find resources to opportunistically fetch before the primary HTML parser would otherwise discover them.

How to tell when the preload scanner is working #

Let’s take a page of basic text and images with a stylesheet. Because CSS files block both rendering and parsing, we can introduce an artificial delay of two seconds for the stylesheet through a proxy service. This delay makes it easier to see in the network waterfall where the preload scanner is working.

As you can see in the waterfall, the preload scanner discovers the &LTimg> element even while rendering and document parsing is blocked. Without this optimization, the browser can’t fetch things opportunistically during the blocking period, and more resource requests would be consecutive rather than concurrent.

With that toy example out of the way, let’s take a look at some real-world patterns where the preload scanner can be defeated—and what can be done to fix them.

This smattering of patterns isn’t an exhaustive list, just some common ones.

Let’s say you’ve got HTML in your &LThead> that includes some inline JavaScript like this:

Injected scripts are async by default, so when this script is injected, it will behave as if the async attribute was applied to it. That means it will run as soon as possible and not block rendering. Sounds optimal, right? Yet, if we presume that this inline &LTscript> comes after a &LTlink> element that loads an external CSS file, we get a suboptimal result:

Let’s break down what happened here:

This is suboptimal because the request for the script occurs only after the stylesheet has finished downloading. This delays the script from running as soon as possible. This could have the potential to affect a page’s Time to Interactive (TTI). By contrast, because the &LTimg> element is discoverable in the server-provided markup, it’s discovered by the preload scanner.

So, what happens if we use a regular &LTscript> tag with the async attribute as opposed to injecting the script into the DOM?

This is the result:

There may be some temptation to suggest that these issues could be remedied by using rel=preload. This would certainly work, but it may carry some side effects. After all, why use rel=preload to fix a problem that can be avoided by not injecting a &LTscript> element into the DOM?

Resource priority can be discovered in the network tab in modern browsers. For Chrome DevTools in particular, you can right click on the column headers to ensure the priority column is visible. Be sure to test in multiple browsers, as resource priority varies by browser and other factors.

When a resource’s priority is raised, the browser allocates more bandwidth to it. This means that—even though the stylesheet has the highest priority—the script’s raised priority may cause bandwidth contention. That could be a factor on slow connections, or in cases where resources are quite large.

The answer here is straightforward: if a script is needed during startup, don’t defeat the preload scanner by injecting it into the DOM. Experiment as needed with &LTscript> element placement, as well as with attributes such as defer and async.

Ilya Grigorik has written an informative post that goes into great detail about injected async scripts. Give it a read if you want a deep dive into this topic.

This introduces potential issues with resource discoverability where the preload scanner is concerned, and can unnecessarily delay how long it takes to discover a reference to an image, download it, decode it, and present it. Let’s take this image markup for example:

The use of a data- prefix is a common pattern in JavaScript-powered lazy loaders. When the image is scrolled into the viewport, the lazy loader strips the data- prefix, meaning that in the preceding example, data-src becomes src. This update prompts the browser to fetch the resource.

This pattern isn’t problematic until it’s applied to images that are in the viewport during startup. Because the preload scanner doesn’t read the data-src attribute in the same way that it would an src (or srcset) attribute, the image reference isn’t discovered earlier. Worse, the image is delayed from loading until after the lazy loader JavaScript downloads, compiles, and executes.

Depending on the size of the image—which may depend on the size of the viewport—it may be a candidate element for Largest Contentful Paint (LCP). When the preload scanner cannot speculatively fetch the image resource ahead of time—possibly during the point at which the page’s stylesheet(s) block rendering—LCP suffers.

The solution is to change the image markup:

This is the optimal pattern for images that are in the viewport during startup, as the preload scanner will discover and fetch the image resource more quickly.

The result in this simplified example is a 100-millisecond improvement in LCP on a slow connection. This may not seem like a huge improvement, but it is when you consider that the solution is a quick markup fix, and that most web pages are more complex than this set of examples. That means that LCP candidates may have to contend for bandwidth with many other resources, so optimizations like this become increasingly important.

Images aren’t the only resource type that can suffer from suboptimal lazy loading patterns. The &LTiframe> element can also be affected, and since &LTiframe> elements can load many subresources, the impact of performance could be substantially worse.

Remember that the browser preload scanner scans markup. It doesn’t scan other resource types, such as CSS which may involve fetches for images referenced by the background-image property.

Like HTML, browsers process CSS into its own object model, known as the CSSOM. If external resources are discovered as the CSSOM is constructed, those resources are requested at the time of discovery, and not by the preload scanner.

Let’s say your page’s LCP candidate is an element with a CSS background-image property. The following is what happens as resources load:

In this case, the preload scanner isn’t so much defeated as it is uninvolved. Even so, if an LCP candidate on the page is from a background-image CSS property, you’re going to want to preload that image:

If your LCP candidate is from a background-image CSS property, but that image varies based on the viewport size, you’ll need to specify the imagesrcset attribute on the &LTlink> element.

That rel=preload hint is small, but it helps the browser discover the image sooner than it otherwise would:

With the rel=preload hint, the LCP candidate is discovered sooner, lowering the LCP time. While that hint helps fix this issue, the better option may be to assess whether or not your image LCP candidate has to be loaded from CSS. With an &LTimg> tag, you’ll have more control over loading an image that’s appropriate for the viewport while allowing the preload scanner to discover it.

There’s no doubt about it: JavaScript definitely affects page speed. Not only do we depend on it to provide interactivity, but we’ve also had a tendency to rely on it to deliver content itself. This leads to a better developer experience in some ways; but benefits for developers don’t always translate into benefits for users.

One pattern that can defeat the preload scanner is rendering markup with client-side JavaScript:

When markup payloads are contained in and rendered entirely by JavaScript in the browser, any resources in that markup are effectively invisible to the preload scanner. This delays the discovery of important resources, which certainly affects LCP. In the case of these examples, the request for the LCP image is significantly delayed when compared to the equivalent server-rendered experience that doesn’t require JavaScript to appear.

This veers a bit from the focus of this article, but the effects of rendering markup on the client go far beyond defeating the preload scanner. For one, introducing JavaScript to power an experience that doesn’t require it introduces unnecessary processing time that can affect Interaction to Next Paint (INP).

Additionally, rendering extremely large amounts of markup on the client is more likely to generate long tasks compared to the same amount of markup being sent by the server. The reason for this—aside from the extra processing that JavaScript involves—is that browsers stream markup from the server and chunk up rendering in such a way that avoids long tasks. Client-rendered markup, on the other hand, is handled as a single, monolithic task, which may affect page responsiveness metrics such as Total Blocking Time (TBT) or First Input Delay (FID) in addition to INP.

The remedy for this scenario depends on the answer to this question: Is there a reason why your page’s markup can’t be provided by the server as opposed to being rendered on the client? If the answer to this is “no”, server-side rendering (SSR) or statically generated markup should be considered where possible, as it will help the preload scanner to discover and opportunistically fetch important resources ahead of time.

If your page does need JavaScript to attach functionality to some parts of your page markup, you can still do so with SSR, either with vanilla JavaScript, or hydration to get the best of both worlds.

Help the preload scanner help you #

The preload scanner is a highly effective browser optimization that helps pages load faster during startup. By avoiding patterns which defeat its ability to discover important resources ahead of time, you’re not just making development simpler for yourself, you’re creating better user experiences that will deliver better results in many metrics, including some web vitals.

To recap, here’s the following things you’ll want to take away from this post:

If, for whatever reason, you can’t avoid a pattern that negatively affects the preload scanner’s ability to speed up loading performance, consider the rel=preload resource hint. If you do use rel=preload, test in lab tools to ensure that it’s giving you the desired effect. Finally, don’t preload too many resources, because when you prioritize everything, nothing will be. 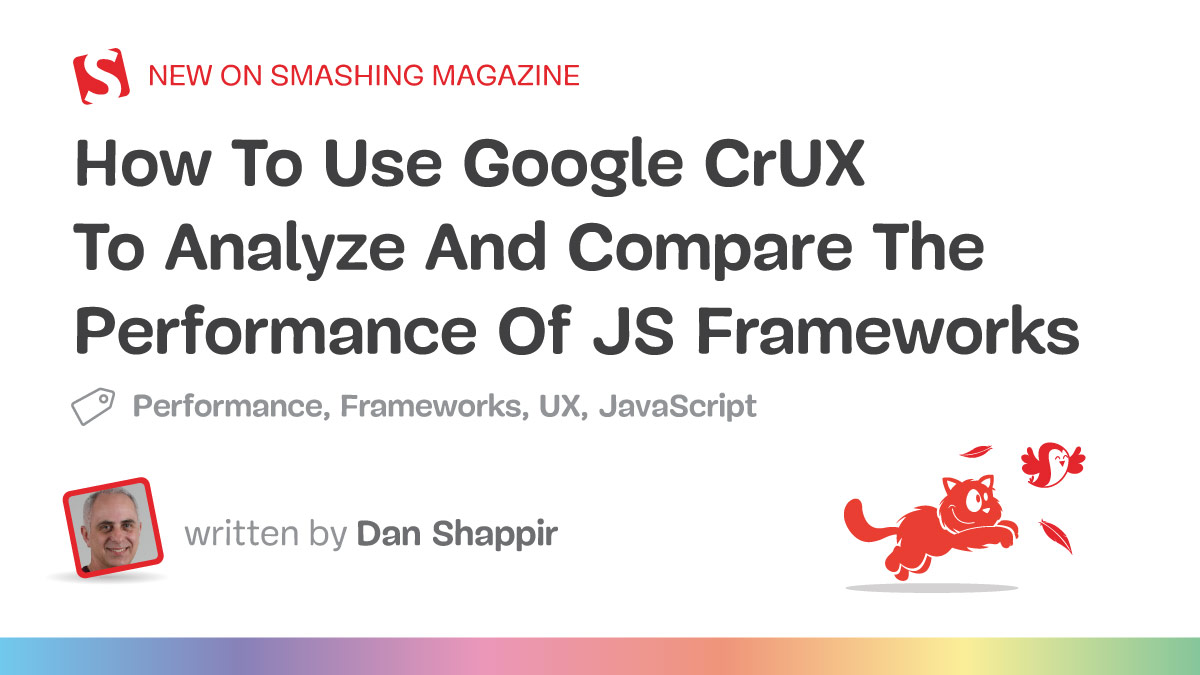 Previous Story:
How To Use Google CrUX To Analyze And Compare The Performance Of JS Frameworks — Smashing Magazine 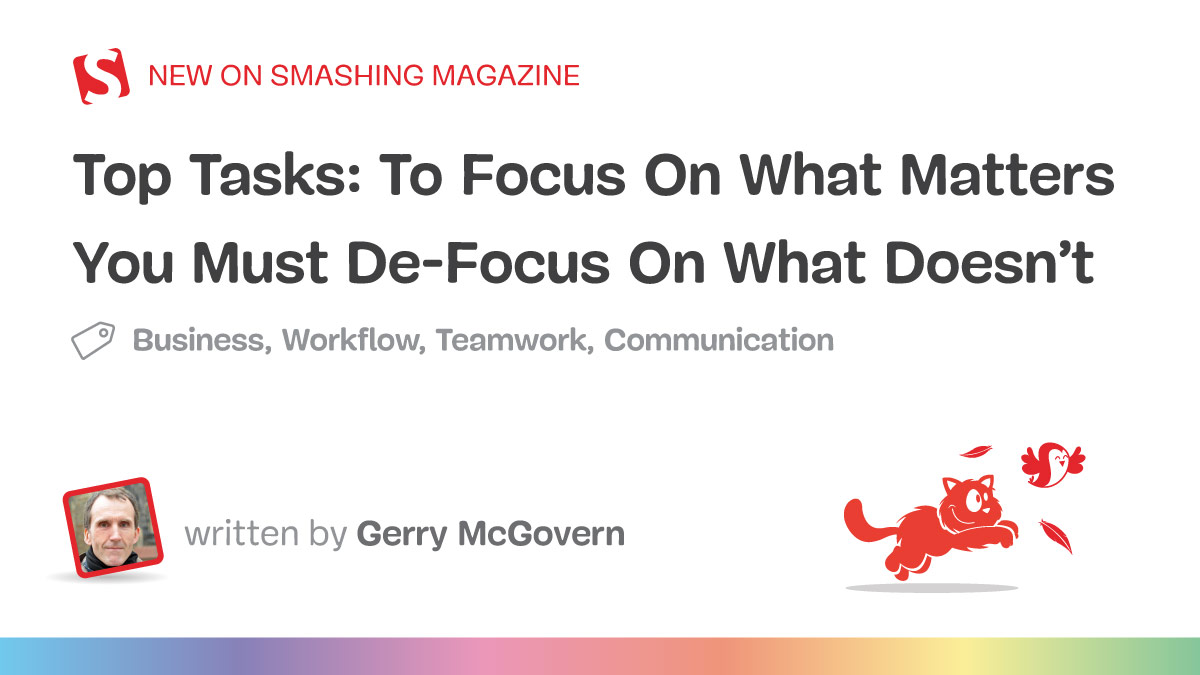