The new Lenovo ThinkBook Plus Gen 3 (aka ThinkBook Plus G3 IAP) is pitched by Lenovo as an “epic multitasker.” It features two integrated displays and an e-Pen, making it one of the most innovative laptops of 2022. This design could be a boon to someone that travels a lot but mostly work at a desk, in a hotel (no external monitor), or at a client’s facility.

The higher CPU option would be the Intel Core i7-12700H (20 cores), and both options allow up to 32GB of RAM. The memory is soldered to the motherboard, so you’ll have to decide at order time. When in doubt, I recommend prioritizing the RAM over the CPU upgrade, especially if you’re not doing something that saturates the CPU. 16GB is okay, but not all that much.

The maximum order-time SSD capacity is 1TB (), and only one single M.2 2280 PCIe 4.0 x4 slot exists. I have not opened the back cover, but Lenovo usually tries to make the SSD as accessible as possible in case you want to replace it later.

The ultrawide form factor of the ThinkBook Plus Gen 3 opens new possibilities. This time, Lenovo brings two excellent productivity features: the ultrawide 17.3” primary display and a secondary 8” display to the keyboard’s right. We’ll get back to both displays in detail shortly, but for now, let’s take a look at the rest of the chassis design.

This laptop has a unibody-type design which seems to be made of CNC aluminum. It, therefore, feels extremely rigid when closed or open. The display has very little flex, and I like the design’s overall “Premium” feel.

The laptop is also slightly rugged and is certified to endure a battery of MIL-STD-810H military transport endurance tests that most laptops don’t even attempt. On that note, the keyboard is also spill-resistant, which coffee-goers would particularly appreciate.

The bottom cover is removable for easy servicing and features a meshed area for cold air intake. The hot air comes out from the back via large exhausts, and the overall cooling looks pretty efficient, which results in the computer being low noise. Most of the time, the fans are absolutely quiet.

The Power button is above the F7 key and doubles as a fingerprint reader. The integrated ePen is neatly tucked in the back of the laptop where it charges. This effectively means the pen is always charged and ready. You could get an optional Lenovo Pen which is bigger and more ergonomic if you sketch a lot, but the integrated pen is comfortable enough for casual use.

Finally, I find the 4.4 Lbs weight excellent for a dual 17.3” + 8” displays laptop. So far, it’s the best “productivity per weight” setup I’ve seen, and that’s a huge deal for many users.

The keyboard is reminiscent of what Lenovo uses in its high-end consumer laptops. It looks and feels like the Lenovo Slim 7i Pro X, which we recently reviewed. If you’re seen older models, such as the Lenovo Yoga 9i, it’s comparable.

Typing feels great, and I like the firm key tactile feedback. Fair warning: this is quite different from the ThinkPad keyboards, which typically have a slightly deeper key travel and softer key surface (paint). I use both extensively, and perhaps, the ThinkBook’s keyboard is closer to what you may find in non-Lenovo high-end laptops. The ThinkPad keyboard remains a unique experience.

Despite its large size, the number of ports is not as impressive as expected. There are two USB-C (TB4 and USB 3.2 Gen 2), two USB-A (USB 3.2 Gen 1 and USB 3.2 Gen 2), one full HDMI, and the traditional 3.5mm audio port. Most of the ports are tucked in the back of the laptop, which is a great location.

The relative thinness of the lower part of the chassis probably explains the unremarkable number of ports. The beveled Left/Right sides are too thin for full-size ports. It looks stunning, but I would suggest that Lenovo have a non-beveled area with at least a multi-card reader (Ethernet would be nice too).

The dual-speaker system of the ThinkBook Plus Gen 3 delivers good sound for watching movies and also for video-conferencing. However, it’s not at the level of Lenovo’s best laptop sound system equipped with a sound bar or up-firing quad speakers.

Instead, the two speakers are bottom-firing, and some sound energy is lost. The Dolby Atmos software does a good job with spatial audio, but overall, the sound could have had more body and power with a more expensive speaker setup.

Still, the laptop is enjoyable when watching movies on a desk or your lap, especially since its display reclines to almost 180 degrees.

The displays are certainly the highlights of the ThinkBook Plus Gen 3, starting with the primary 17.3” one. It features a 3K (3072×1440) resolution: an excellent balance between pixel density and battery life. The 99% DCI-P3 color gamut makes it very suitable for color-sensitive creative work.

For most people, 4K is overkill on a laptop, and if you need 4K, you should know precisely why and accept the battery life tradeoffs that come with that choice. The 3K option looks noticeably better than a 1080p-equivalent display for everyone else. You can see the benefits, and you’re not paying too much for it (in money or autonomy).

This screen is large enough to have a 2-split horizontal setup that genuinely works for productivity tasks such as doing research or working on a document while having your emails on one side. The combinations are infinite, but it’s like having at least two completely functional side-by-side windows.

The secondary 8” screen appears like a real second Windows monitor. You can set it up just like any other “external” monitor, making it compatible with all Windows apps. What you do with it is up to you, but since it is Pen-compatible (the large display is not), that’s where you would take notes, for example.

I like to use that second monitor for apps like Calculator, Notepad, YouTube, Visual Studio Code output, Cat apps, and more! I bet my accountant would install a virtual NumPad on this computer.

The only limit is the relatively small size of the fonts, but you can change the PPI scale in the Windows settings. To me, it’s an excellent display for things that may not require my focus but that I’d check often.

I find it much more versatile to most users than some Creative laptops’ elongated secondary display above the Keyboard. While these are great for video-editing timelines, Lenovo’s portrait mode display is genuinely helpful, more often, to more people.

When it comes to external displays, this computer can be connected to three external monitors via HDMI, USB-C, and Thunderbolt.

The 2 Megapixel camera has a wide angle and would be suitable for a video call with a couple of people in the frame, sitting next to each other. Depending on your video call software, you might be able to frame the image further.

The camera is noticeably better than your typical 0.7 Megapixel camera but remains well below most midrange smartphone selfie cameras. That’s how things are in the laptop world.

There’s also an infrared sensor to unlock the laptop using a face detection algorithm securely, and I like setting that up in addition to the fingerprint reader. There’s also a physical privacy shutter, which is always good to have.

Running key benchmarks such as Geekbench, Cinebench R23, 3DMark, and GFXBench, Lenovo ThinkBook Plus Gen 3 (17” Intel) reveals itself as an excellent productivity laptop as it features very good CPU performance as demonstrated by Geekbench and Cinebench.

The comparison with the Lenovo Slim 7i Pro X shows what to expect if you select the i7-12700H CPU instead of our i5 model.

From a graphics perspective, the performance is decent, but the lack of a discrete GPU option keeps this computer from being a gaming machine or a system optimized for GPU-accelerated workloads such as heavy video processing.

It’s a pity since this form factor would be fantastic for video editing, but Lenovo does have 17” laptops with discrete graphics options. In the meantime, this level of performance is more than enough for any office work, light creative tasks, and development.

On the SSD front, we noted that the read speeds are comparable to other high-end Lenovo laptops like the X1 Carbon Gen 10, but the write speeds were slightly slower. Most users won’t notice, but it’s good to know if you’re doing something that requires intense disk writes.

The 69Wh capacity of the battery is good, but we’ve seen laptops this size with 99Wh batteries. That said, I suspect the capacity has been tuned to keep the laptop’s weight to 4.41 Lbs, which is also an essential factor.

This system is not optimized for extra-long battery endurance due to the display size and the fact you now have two of them. But this battery should get you ~5-6hrs of office work, depending on the screen brightness.

and could, in theory, last for ~7-8 hours of local video playback (150 NITs brightness) if you have previously downloaded movies.

When you need to replenish the battery, it does use Lenovo’s fast charging, and it looks like the 100W PSU (USB-C) helps the laptop charge faster than the X1 Carbon’s 65W charger. Charging speed can be even more important than the battery capacity if you have easy access to power outlets. The phone market has proven that, and the same logic applies to laptops.

The Lenovo ThinkBook Plus Gen 3 features an excellent chassis design and dual-display setup, and that’s its main strength and the main reason people want to get one. Looking at Google Search data, it is evident that people are not even comparing it with any other 15.6” competitor because there’s nothing like it.

The question is: is it fast enough for your job, and is the comfort worth it? Hopefully, we’ve given you enough performance data, and most productivity users will likely be satisfied by the performance level.

This laptop will improve your daily life if you are a mobile worker who tends to work at a desk without easy access to an external monitor. The primary display alone would be comparable to having two 13.3” displays side by side, and the extra 8” monitor can brighten your day if you constantly have to be on Slack or want a virtual numeric pad.

If I had to do extended travel with a single computer, that’s the one I would go for. The 4.41 Lbs weight makes it light enough that weight is not an issue, and the productivity boost is too good to pass. Finally, the certified MIL-STD durability and the spill-resistant keyboard increase survivability during travel. 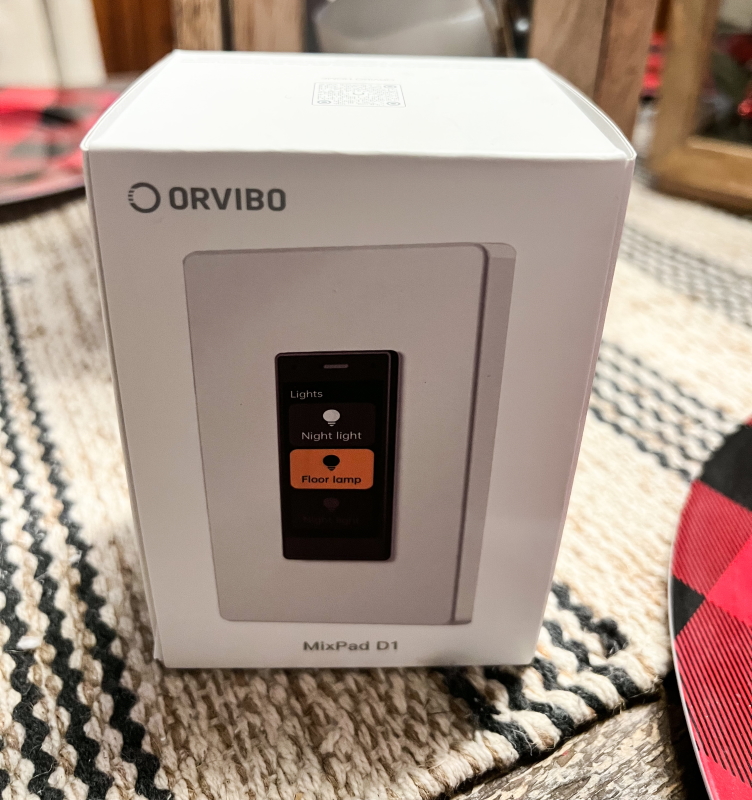