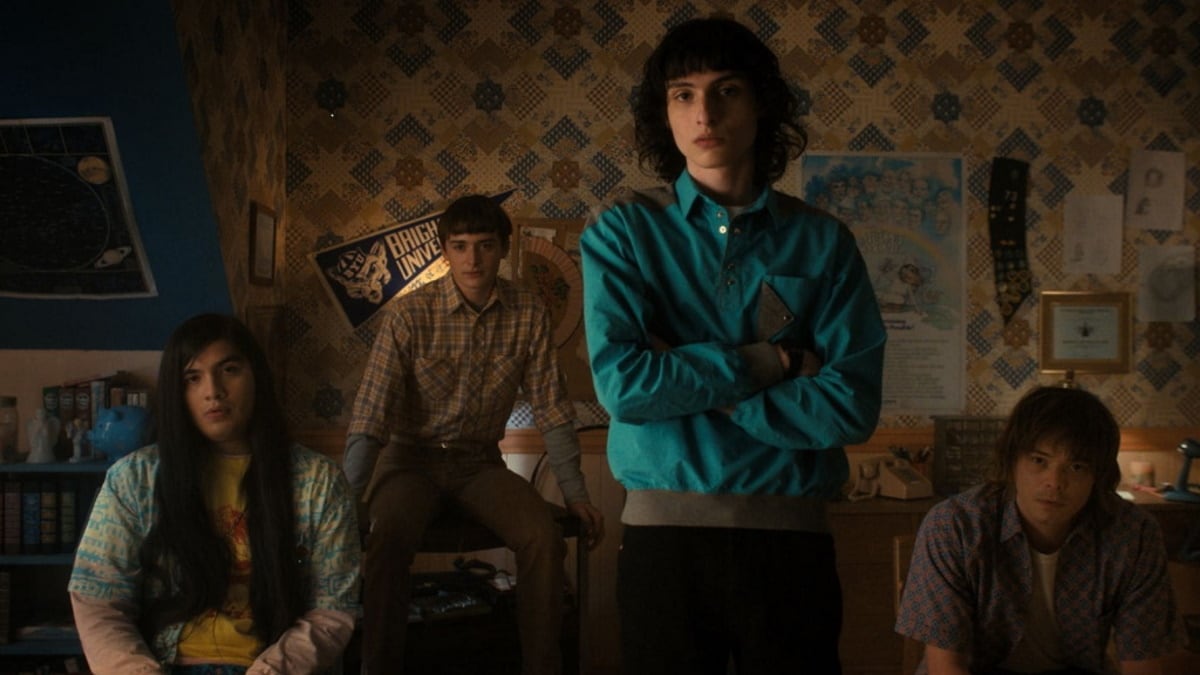 Stranger Things 4 — set to release this week on Netflix — marks the return of popular characters who haven’t been seen on our screens since the third season of the horror thriller series ended in 2019. While Stranger Things has always been synonymous with impressive production values and striking visuals, the latest season is touted to be “bigger and better” than the previous ones, with a ‘cinematic’ look and feel. While most plot details are under wraps, despite a reported leak caused by a tie-in Monopoly game, Stranger Things 4 will invariably lay the groundwork for the already-confirmed final season. Expect a few violent twists, something that Millie Bobby Brown — who plays Eleven — hinted at with her recent “you need to start killing people of” comment.

Stranger Things 4 to Obi-Wan Kenobi, the 9 Biggest Web Series in May

Going by what we have seen previously, Stranger Things 4 will be available in India in the original English language with dubs in languages such as Hindi, Tamil, Italian, and German to name a few.

With that, here’s everything you need to know about Stranger Things 4.

These will be followed by the remaining two — making up Volume 2 — nearly five weeks later on July 1.

As mentioned earlier, there are seven episodes in Stranger Things season 4 Volume 1.

Ross Duffer and producer Shawn Levy recently revealed that the Volume 2 episodes are longer than the Ryan Reynolds movies Free Guy and The Adam Project — both directed by Levy — which had runtimes of 115 minutes and 106 minutes, respectively.

Brown returns as the fan-favourite Eleven/ Jane Hopper. We saw her lose her psychokinetic and telepathic abilities in Stranger Things season 3, but didn’t really get an explanation for the same. One is likely to learn more about her past this time around.

Brown recently hinted at this during an appearance on the The Tonight Show Starring Jimmy Fallon: “The main part, and the slogan of this storyline, is it’s the beginning of the end. We really have to dig deep into [Eleven’s] beginning and how she became who she is with the people around her, and how to gain that autonomy and become this woman on her own. So this storyline this season really digs into that.”

Harbour recently revealed that his character’s fate will be one of the highlights of Stranger Things season 4. He told Variety: “What happens to Hopper? Is he a character that’s able to survive Hawkins or does he die?’ I know what happens and it’s quite moving, and quite beautiful.”

Similarly, Wolfhard had earlier teased that Stranger Things 4 will be a bit like the Harry Potter film series and get quite dark at points. He told Screen Rant: “It also gets funnier, it gets scarier, it gets more dramatic. That comes with all of us growing up and getting older.”

It’s been six months since the Battle of Starcourt, which brought terror and destruction to Hawkins. Struggling with the aftermath, our group of friends are separated for the first time – and navigating the complexities of high school hasn’t made things any easier. In this most vulnerable time, a new and horrifying supernatural threat surfaces, presenting a gruesome mystery that, if solved, might finally put an end to the horrors of the Upside Down.

The first Stranger Things 4 teaser was released on February 14, 2020 to mark the start of filming. It featured Hopper but revealed little about the season’s storyline.

This was followed by another teaser on May 6, 2021, nearly a year after the first one, which re-introduced us to the Rainbow Room.

A new ‘sneak peek’ was released a few months later. It featured new footage as well as scenes from previous seasons.

Another teaser was released at the online-only TUDUM event in September 2021. This one focused on the Creel House, indicating that a family once lived there.

In November, Netflix revealed the episode titles through a teaser in which we saw Eleven write a letter to Mike.

The Stranger Things 4 full-length trailer was released in English, Hindi, and Tamil this April. It hinted at the beginning of an intense war and set the stage for Billy’s return.

Netflix unveiled the Stranger Things 4 final trailer (below) on May 23. The one minute-11 second video was an action-packed affair that highlighted “there’s no shame in running.”

The initial reviews for Stranger Things 4 are already out. The Rotten Tomatoes critics consensus says the new season is “darker and denser than its predecessors”. The Gadgets 360 review of Stranger Things 4 will be available Friday, May 27.

Matt Duffer and Ross Duffer, collectively known as the Duffer Brothers, have already confirmed that Stranger Things will conclude after the fifth and final season. In fact, they have already prepared a story outline for the same.

The Duffer Brothers told Collider: “We had all the scripts before we started shooting, so we could look at the whole thing as a whole. And we outlined all five. So it really is four and five or like of a piece, and this was due to the six-month hiatus that we had due to the pandemic. So we don’t typically have as much time. It usually feels like the train is going down the tracks, and Ross and I and our writers are just throwing down track as we’re going, once we’re halfway through the season. And for the first time ever, we were able to look at it globally, not just season four, but season five as well.”

The Duffer Brothers have also teased a Stranger Things spin-off series: “There are still many more exciting stories to tell within the world of Stranger Things”.

Before all that though, we’ll get the two-episode Stranger Things 4 Volume 2 on July 1. 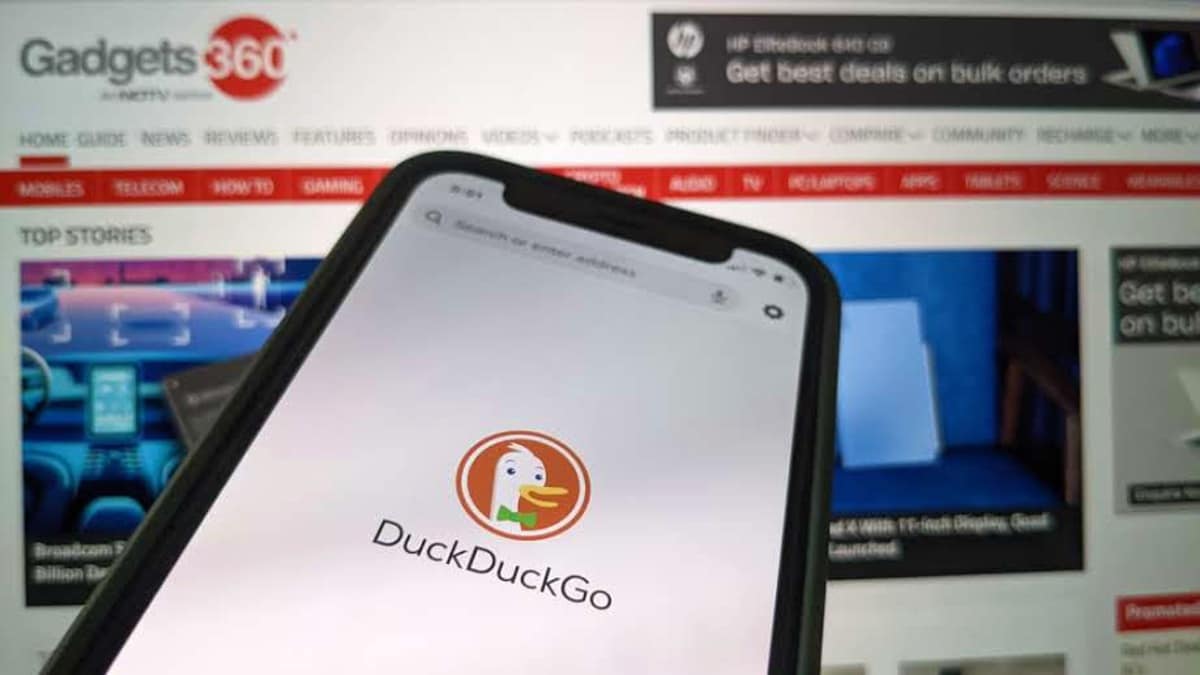 Next Story:
DuckDuckGo Browser Discovered to Be Permitting Microsoft Trackers on 3rd-Party Sites Even with Privateness-Initially Claims