The Many Tentacles Of Chinese Tech Giant ByteDance

The TikTok parent company owns a diverse set of companies across sectors including news, video gaming, and education, in addition to its short-form video apps.

Earlier this month, ByteDance acquired Amcare Healthcare, one of China’s biggest private hospital chains, for a reported $1.5 billion. That might sound strange, given that the Beijing-based company has become a household name as the parent of TikTok, the fastest-growing social media platform in the world. But ByteDance’s foray into hospitals is just the latest example of how the tech giant’s ambitions extend far beyond the wildly popular video app.

ByteDance lists just seven products, including TikTok and its Chinese counterpart, Douyin, on its website. But ByteDance is pushing into at least half a dozen other industries at a shocking scale, snapping up everything from video game startups to medical websites and payment processors, even dabbling at one point in education apps and real estate listing businesses. Data analytics firm Sensor Tower told Forbes it has identified 70 different active apps from ByteDance. And let’s not forget that Manner Coffee, a Shanghai-based cafe chain, and Ning Ji, a Chinese lemon tea brand, both count ByteDance as a significant investor.

Some experts say ByteDance’s ballooning beyond social media is concerning because of the Chinese government’s investments in ByteDance and Beijing’s sweeping laws requiring companies there to turn over information for national security and intelligence reasons. ByteDance is “the mothership of aggregation of data,” the former head of counterintelligence for the U.S. government, William Evanina, told Forbes.

The key difference between ByteDance and Amazon, which is similarly expanding into healthcare with its acquisition of OneMedical, is that “Amazon does not partner with nor get money from the U.S. government, and they are not beholden [with] the data,” Evanina added. “With ByteDance, they’ve got to provide all that to the Communist Party.” (ByteDance did not respond to a request for comment about this assertion.)

Though ByteDance’s value has dropped below $300 billion as the broader tech market tumbles, the decade-old startup has quickly grown to rival Chinese tech titans Alibaba and Tencent, which have been around for twice as long.

“ByteDance becoming large enough to receive attention and potentially investment and the kind of golden-share deal that the Chinese state has with Tencent is [cause for concern],” said Will Duffield, a policy analyst at the Cato Institute focused on internet governance. “The larger a Chinese company gets, the more important it is to the Chinese economy, and therefore the Chinese Communist Party and the state — because the Chinese economy is essentially an extension of the state.”

Here’s how ByteDance has grown since it was hatched in a four-bedroom apartment in 2012.

Years before ByteDance would launch Douyin (China’s version of TikTok) and TikTok itself outside mainland China, one of its first products was news service Toutiao. By 2017, Toutiao had amassed some 700 million users in China — and ByteDance also rolled out an international version of it, TopBuzz, aimed at audiences in the United States. TopBuzz cultivated more than 40 million U.S. users by 2018 but was shut down in 2020. Former employees of the app say ByteDance used it to push pro-Chinese messages to American users and censored content critical of the Chinese government. (ByteDance denied the former employees’ claims about content promotion, but did not comment on the censorship allegations.)

In late 2017, ByteDance also acquired French news aggregator app News Republic. That, too, was shut down shortly after TopBuzz over concerns about the company’s censoring of content critical of the Chinese government.

In 2018, ByteDance also acquired Baca Berita, or BaBe, a news app in Indonesia. (BaBe also reportedly censored content critical of the Chinese government; a representative for BaBe told Reuters that the company “disagreed with the [reported] claims.”)

Cato’s Duffield said lesser-known news apps and media properties owned by ByteDance — those that haven’t received the same level of scrutiny as TikTok — could be the greatest “vectors for foreign propaganda” because they’re “not going to have those safeguards that we’ve demanded for TikTok.”

ByteDance came out with its first enterprise product, Lark (known as Feishu in China), in 2019 — a workplace collaboration tool that has grown to look more and more like ByteDance’s version of Google or Microsoft’s products.

The Chinese have “tried for a decade-plus to create their own Windows,” Evanina said. “Lark seems to be that.”

ByteDance and TikTok employees conduct all their day-to-day business on Lark, as do a long list of customers across Asia, but Forbes has also identified at least one company operating in the U.S. that is using Lark.

Separately, in 2021, ByteDance launched BytePlus, an effort to take ByteDance’s successful recommendation algorithm developed on TikTok, Douyin and Toutiao and to market it as a business-to-business product. It has had clients in the U.S., Singapore, Indonesia and India.

ByteDance started moving into medicine well before it bought the Amcare hospital chain earlier this month.

That was preceded by its acquisition of the online medical encyclopedia Baikemy in 2020 and the subsequent launch of a suite of healthcare tools, under the name Xiaohe, that patients could use to find medical information and schedule virtual health consultations.

Evanina said the Amcare deal, and the related moves that came before it, reflect the Chinese government’s mandate for the country to be a global leader in artificial intelligence and global health by 2030.

“China wants to lead the world in precision medicine by the end of the decade,” he said. “Part of that is a strategic plan to purchase and have access to as much data as physically and electronically possible.”

“If you’re going to build a society and you want to create data repositories,” he added, “you need companies like ByteDance to do your work.”

Lu, the director at the Eurasia Group, said that ByteDance’s diversification into healthcare could help it gain an edge on its US rivals: Supplementing what ByteDance already knows about its users with detailed medical information could make its data “way more comprehensive and way more sophisticated,” she said.

ByteDance’s first big move into virtual reality came when it bought Pico, one of the world’s largest manufacturers of VR headsets, in 2021. (The sale price was not disclosed.)

In March 2022, ByteDance started aggressively promoting its VR offerings: Users of Douyin, China’s TikTok equivalent, began seeing prominent ads for Pico headsets every time they opened the app. In June 2022, Pico rolled out a new headset in European markets, and in July, FCC filings revealed the company’s plans to launch the headset in the US as well.

Bytedance most recently snapped up PoliQ, a Chinese VR startup that had previously developed a platform used to make avatars. It is also testing out apps like avatar-based hangout app Party Island in China and avatar creation app Pixsoul in Southeast Asia.

This is the sector ByteDance is best known for. It rolled out its first short-form video app, Douyin, in China in 2016. It then acquired two US-based companies, Flipagram and Musical.ly. Both were short video apps that mostly catered to lip-syncing teens.

After briefly pitting Flipagram and Musical.ly against each other, ByteDance renamed Flipagram as Vigo Video, and rebranded Musical.ly as TikTok. Today, the architecture of TikTok’s and Douyin’s algorithms are largely the same, but the data running through them is different — as one former TikTok employee described it, they are the same bottles, but filled with different juice. Douyin also has various e-commerce features and a payment processor built into it. (ByteDance also acquired payment processor UIPay in 2020.)

ByteDance also has other social video apps, including Xigua (“Watermelon”) Video, a video-sharing app that was initially called Toutiao Video. (It has since expanded beyond user-generated videos to studio production, including 2020 partnerships with BBC Studios and Discovery.)

In addition to its video offerings, ByteDance has also dabbled in text- and photo-based social platforms similar to Facebook and Instagram. Helo, a Facebook rival popular in India that ByteDance launched in 2018, was the biggest of these offerings — but it suffered when India banned a suite of China-based apps, including Helo and TikTok.

And up next? ByteDance is reportedly readying to launch Kesong, a youth-focused social media app centered on lifestyle and hobbies that is expected to take on Xiaohongshu, a Chinese platform similar to Instagram. And Douyin recently began testing a food delivery feature.

ByteDance bought Shanghai-based video-gaming startup Mokun Technology in 2019, followed by gaming studio Levelup.ai, to fuel its gaming arm called Nuverse. It made one of its biggest plays yet in the market just last year, when it spent $4 billion to acquire the major Chinese video game maker Moonton and an undisclosed amount to buy Chinese gaming studio C4games. According to a 2021 developer handbook, the company plans to use targeted recommendations to drive growth in the sector.

This expansion hasn’t been without hiccups; the company recently shuttered its 101 Studio in Shanghai, laying off over 100 employees.

Still, in the last year, the giant’s mobile gaming portfolio has raked in more than $1 billion from players around the world, according to Sensor Tower — and its push into this space is only expected to intensify as it seeks to keep pace with rivals like Tencent.

Its foray into smartphones, however, under the brand Smartisan, was less successful. ByteDance released a phone on the Chinese market in 2019, after acquiring some patents and employees from Smartisan. But just a few months after the phone’s release, ByteDance shifted its smartphone team over to work on education hardware.

In 2016, ByteDance began investing in education-based companies and building out education products of its own, subsequently launching its edtech brand Dali for consumers in China in 2020. At the time of the announcement, the company said the brand already had 10,000 employees, and it was warmly received as demand was soaring for digital learning products due to the Covid-19 lockdowns. ByteDance leaned even harder into education the following year, announcing it would hire another 13,000 employees to work on its online learning products, like English tutoring app GoGoKid, and Qingbei, a streaming app for online classes.

But in late 2021, the Chinese government banned most for-profit tutoring services and imposed harsh crackdowns on what could be taught to students, further strengthening those regulations this year. The regulations, as Lu put it, were a response to fears by the government that capital had “distorted the [education] market,” causing public school teachers to moonlight after school, and charge students who wanted or needed extra help. The crackdowns, which Lu characterized as “practically a wipeout” of the tutoring industry, were devastating for ByteDance, which had mass layoffs as it shut down some products and retooled others to come into compliance with the new rules. 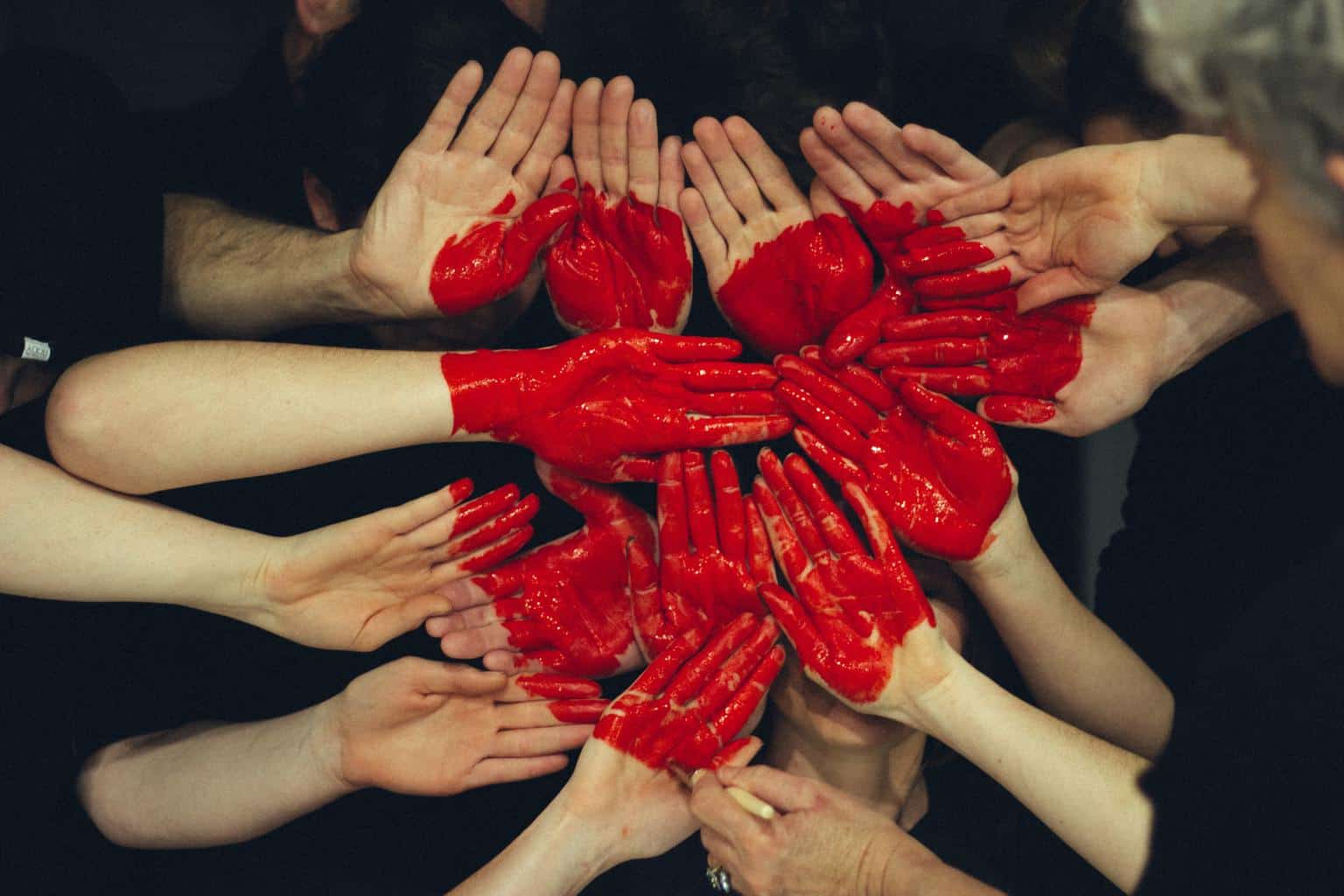 Next Story:
How to Create an Influencer Program That Delivers Long-Term ROI